1. Beards Were Once Prescribed

In the Victorian era, doctors prescribed beards as a way to prevent illness.

Back in those days, doctors reasoned that a thick beard could act as a filter that would help to trap harmful particles before entering the body through the mouth.

Men were encouraged by doctors to grow a beard as needed. 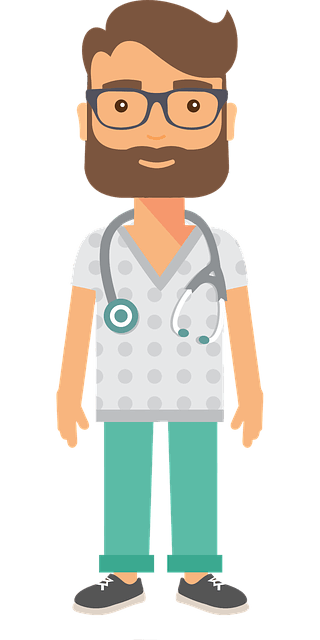 I’m prescribing you a goatee!

2. Alexander the Great Made His Army Shave

Before a battle taking place on September 30, 331 BBC, Alexander the Great forced his army to shave off their beards.

Plutarch, an ancient historian, quoted Alexander as saying, “Don’t you know that in battles there is nothing handier to grasp than a beard.”

A study published in Behavioral Ecology has found that beards play an influence on people’s perceptions of a man’s social status.

The study researched women from two different cultures. Results showed that regardless of cultural background, the women perceived the men with beards as having an elevated social status from their clean-shaven counterparts. 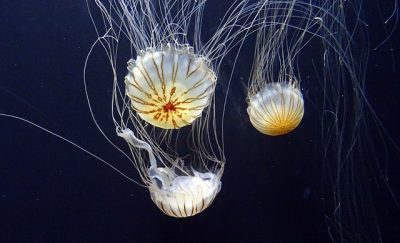 4. Beards Can Protect Against Jellyfish

If you ever find yourself preparing for a long-distance competitive swim, consider growing a beard for maximum protection. The first man to cycle, swim, and run the entire length of Great Britain, Sean Conway, kept a beard to stop jellyfish from stinging his face while he was in the water.

Believe it or not, beards offer your face protection when spending hours outside having fun in the sun.

A study published in the Radiation Protection Dosimetry, conducted by the University of Southern Queensland, found that beards offer 90% to 95% protection from harmful UV rays. 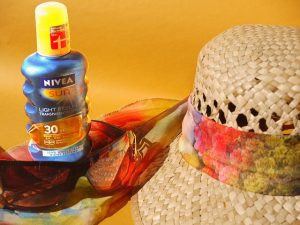 The UPF protection ranged from 2 to 21. This means that beards can help protect against skins cancer.

6. The World’s Longest Beard Was Over 17 Feet Long

The record of the longest beard ever recorded goes to a Norwegian-American man named Hans Langseth. In 1927, Langseth’s beard was recorded at stretching 5.33m—that’s 17-feet, 6-inches long! 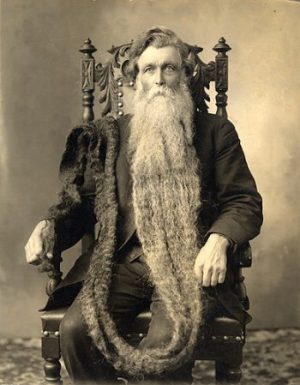 7. Romans Used Beards to Distinguish One Another

In Ancient Rome, your beard style told a story of which philosophical school of thought you belonged to.

Just by glancing at a man, you were able to tell what philosophical notions he stood behind. If only it were so easy in the modern day to determine if you want to engage in a conversation with someone or not. 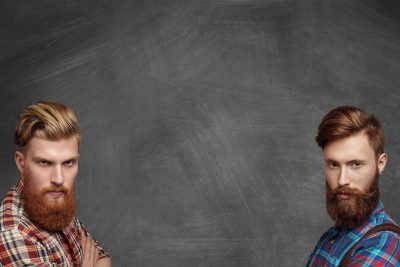 Guess who we are!

8. There is a Band in Australia called “The Beards”

The Beards have come out with about 40 songs.

What do they sing about, you ask?

You guessed it; all of the songs created by this band have to do with beards. That takes some creativity! Here’s one of their music videos:

9. If You Can Grow a Great Beard, You’re More Likely to Go Bald

Scientists have found that there seems to be a correlation between beard growth and baldness.

The reasoning has to do with the number of sweat glands located on a man’s face and the top of his head.

In general, the bigger the beard, the sweatier the top of the head, which this is not a good thing for hair growth. 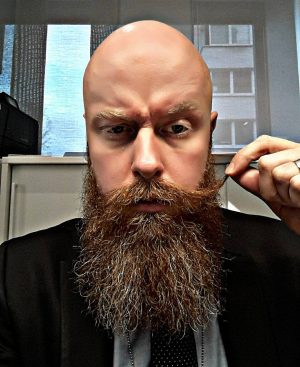 10. There is an Irrational Fear of Beards

Some people are terrified whenever they spot a beard. This disorder has been named Pogonophobia. There can be a few different causes of this fear, but scientists have found that negative experiences usually is the cause of Pogonophobia.

11. Some Beards Are Worth 1M Dollars

Billy Gibbons and Dusty Hill from the band ZZ Top have turned down offers of $1 million to shave off their beards.

Gibbons has reported that the famous razor brand, Gilette, offered this significant amount of money both of these men to shave off their iconic beards for a promotional event, but both men turned down the offer and opted to keep their beloved beards instead. 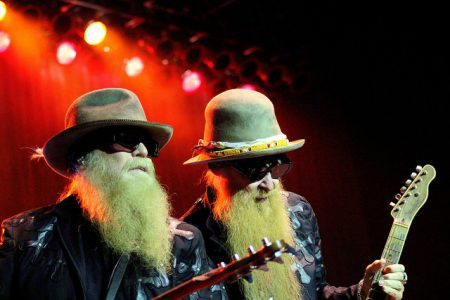 12. The Rock Wore a Beard Made of Testicle Hair

You read that right. When filming Hercules, Dwayne Johnson agreed to wear a beard made out of yak testicle hair. Johnson has said that it took three hours to put the beard on every day that he was on set. That is a lot of commitment. 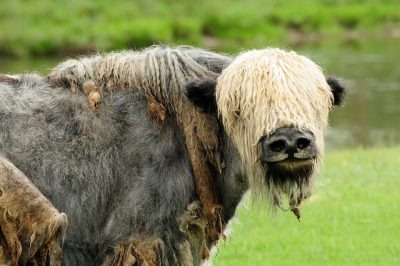 13. The Record for Longest Female Beard is 30cm

In September 2015, Harnaam Kaur received the distinguished title of being the youngest female with a full beard. While her beard may be impressive, what makes Kaur even more inspiring is her work as an activist for promoting body-confidence.

During President John F. Kennedy’s time in office, the CIA devised some plans to try to take down the Communist government in Cuba, known as The Cuba Project.

One of the initiatives of the project: spreading Castro’s clothing with thallium salts that would make his beard fall out. 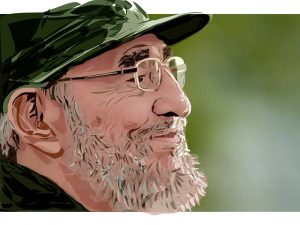 15. There Has Been a Tax on Beards

The Russian Tsar, Peter the Great didn’t like beards, so he imposed a tax on them. Russian noblemen who chose to wear beards during Peter’s reign had to pay a hefty price just to carry around a beard license.

16. Pogonotomy is Another Word for Shaving

Next time you want to impress your friends, tell that you have to engage in some pogonotomy later. That’ll probably get you some interesting looks.

As legend has it, 11-year-old Grace Bedell from New York drafted up a letter to President Lincoln suggesting that his appearance would benefit immensely from growing a beard.

After receiving the note, President Lincoln obviously thought Ms. Bedell had some excellent advice because he started growing out his beard in late 1860. 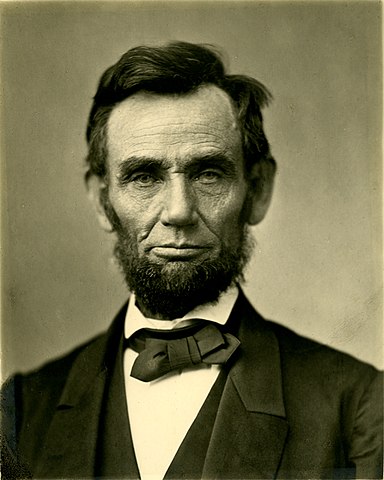 Right before he was condemned and hanged for treason by King Henry VIII Sir Thomas More pushed his beard aside so that it hung outside of the execution block. As he so eloquently explained right before his death, his beard, “hath not offended the king.” 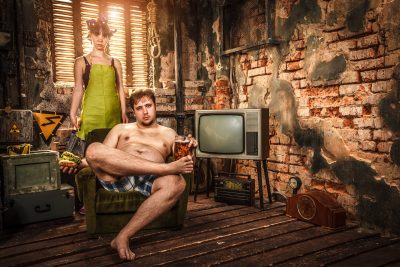 According to legend, there once was a Portuguese, Christian princess who was commanded to marry the pagan king of Sicily.

The princess was very against this arrangement, so she prayed that God would deform her appearance so that the king would find her too repulsive to want to marry. Ultimately, in response to her prayers, she grew a beard that made the king think twice about marrying her.

According to legend, there once was a Portuguese, Christian princess who was commanded to marry the pagan king of Sicily.

21. Beards Can Help to Heal Your Skin

If your razor isn’t perfectly clean, it can spread dirt and bacteria on your face. If you suffer from sensitive skin, taking a break from shaving and letting your beard grow out can give your face time to repair and heal.

If you are involved with Brigham Young University, don’t plan on growing a beard anytime soon. There are some exceptions to this rule, but overall, when on campus, men are expected to be clean-shaven, and the presence of beards is unacceptable.

23. Beard Upkeep Claims a Month of Your Life

The average man spends somewhere around 800 hours (33 days) of his life just tending to his facial hair. That works itself out for an entire month of your life spent shaving!

It’s been estimated that 75% of men do a little facial hair grooming every single day. Even if you’re just doing a quick brush through with your raiser to clean up some spots, that amount of time adds up when you stop and think about it.

25. A Beard Can Help Your Allergies

Many men who suffer from allergies have found their symptoms lessened once they have grown out a beard.

The particles that float throughout the air and cause allergy symptoms get caught up and mustaches and beards, and therefore don’t enter into the body through the nose or mouth. That’s a nice perk! 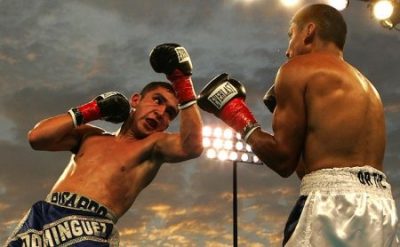 26. You Won’t Find an Amateur Boxer with a Beard

In its official rulebook, the International Boxing Association prohibits amateur boxers from having beards. Along with body piercings, beards and mustaches fall into the category of an accessory that is not allowed during a match.

27. Summertime is the Best Season to Grow a Beard

The seasons can affect how well your beard is growing in.

Researchers have found scientific evidence that backs up the belief that beards grow better in the summer.

Wondering what the reason is? 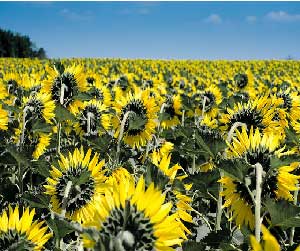 You can thank elevated testosterone levels during the summer months for this one.

28. Protein Helps Your Beard to Grow

Protein doesn’t just help you get massive muscle gains. Keratin, which is a particular type of protein, is a central building block of your hair. Keratin production relies on the foods that we feed our bodies, so the more protein we eat, the more keratin we produce. The more keratin we create, the more our hair will grow.

Even though beards don’t equal wealth, this doesn’t necessarily mean that you can’t obtain outrageous riches if you have facial hair. Take a look at any list of the world’s most wealthy men, though, and you’ll quickly see that a significant number of them are clean-shaven though. 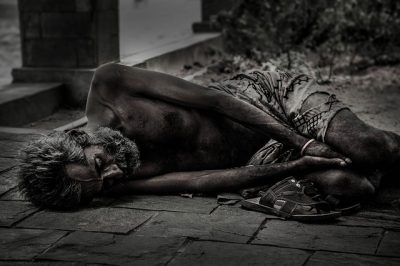 A recent study has suggested that women prefer men with full beards and heavy stubble to men who are more clean-shaven. Appearing more attractive is the perfect excuse to skip shaving for at least one more day. 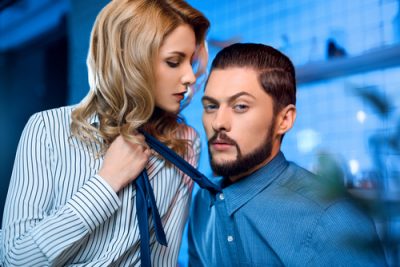 31. Beard Will Grow 10 Yards Over a Lifetime

Over a man’s lifetime, his beard will grow 30 feet, which is the equivalent of 10 yards. It looks like Rapunzel doesn’t have anything on an unshaven man.