We have reached hairy levels of quarantine. The beards are coming out.

Forced isolation because of the spread of the coronavirus has become a reason for men to skip shaving, just as following the rules of “Movember” or anticipating a playoff game have long been.

The result is an influx of furry faces on video chats, group texts, and social media, with celebrities including Will Smith, Jim Carrey, and Stephen Colbert leading the chin-hair charge. There’s even a hashtag: #coronabeard.

The act of beard growing may come across as laziness, but it could instead be interpreted as a way to regain control over one thing (one’s own face) amid national uneasiness and a reason to swap photos with isolated brethren.

So how do you make a beard look purposeful instead of lazy? We asked Greg Berzinsky, the man known to his 200,000-plus Instagram followers as “the Zeus of beards” (he has an impressive grey beard), for tips on how to grow out facial hair.

When it comes to encouraging guys to grow out their beards for the first time, “my mantra is ‘just let it go,’” Berzinsky says. “Take inventory of what you have. Most guys, if you’ve never grown a beard, don’t know if you even have the potential.”

He advises that those who aspire to have beards give themselves a full month to grow everything out and embrace the scruffy look that movie stars have long rocked confidently.

“Leonardo DiCaprio doesn’t even have a great beard, but he doesn’t care,” Berzinksy says. “Love yourself! Your beard is your beard.”

While you don’t need to overly manicured facial hair while establishing beard-growing potential, Berzinsky says, if in two to four weeks you’re feeling as though the hair is taking over your face and neck, light maintenance should help.

“Take a look at your cheeks: A lot of guys will have hair that does grow, randomly, almost up to their eyeballs,” he says. He recommends shaving stray hair on the upper cheeks (but not too low so that you get rid of thicker beard) and assessing neck hair.

“Put your finger above your Adam’s apple. You can shave below that line, but don’t come up any higher than that.” Shaving too high on your neck, he warns, emphasizes the appearance of “double chin.”

Worried about beard itch? Don’t be

What causes that annoying “beard itch”? According to Berzinksy, “your hairs are pushing through and you’re used to exfoliating all the time by shaving, but now you have all these dead skin layers falling off and there’s itch associated.”

Combat that discomfort by washing your beard while you wash your face, and by moisturizing that beard with beard oil or beard balm, “which is as much for your beard as it is for your skin,” Berzinksy says. If you don’t feel like splurging on new products, creams like Aquaphor or Jergens should suffice.

Yes, you need to keep it clean

Just like the hair on your head, your facial hair needs to be regularly washed. Shampoo or soap with conditioning agents works well.

Berzinksy, a director of design at a Philadelphia architecture firm by day while also a spokesman for Beardbrand, recommends the company’s utility bar that shampoos, conditions and washes the beard and face all in one.

In the midst of the coronavirus outbreak, as people are acutely aware of the cleanliness of their faces and hands, Berzinsky reiterates the importance of washing one’s beard along with the face. And if you cough, “just rinse your beard.”

The CDC also offers guidelines for men with facial hair who are wearing respirators during the pandemic, noting in a cheeky diagram that hair should not come in contact with the device’s sealing surface.

Don’t stress: Everyone has bald spots

Even Berzinksy has patchy spots on his illustrious beard. How does he deal with them? Well, with beard comb-overs that cover bare spots. Keep in mind: It takes about a month for the average beard to grow half an inch.

Embrace your beard color and length

“I tell guys, don’t be afraid of the color. It’s yours!” he says. Even stars like self-proclaimed “frequent dyer” Kevin Hart are finally letting their salt-and-pepper beard hair be free on Instagram during the quarantine. 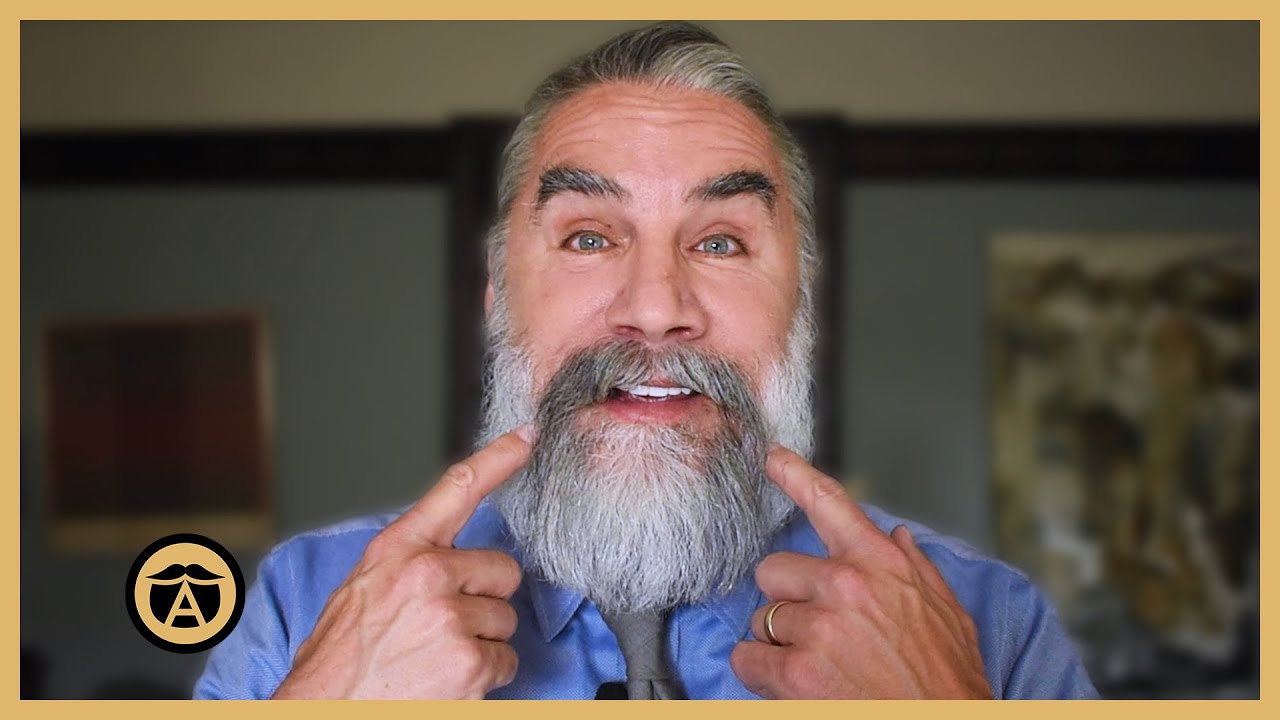 And as for beard care when the hair gets long, there are options: Thin out the sides with scissors, mix the gel with beard balm to keep the follicles down so they don’t widen your face or blow-dry your beard flat. But, otherwise, he says, “I would keep that big, nasty beard.”